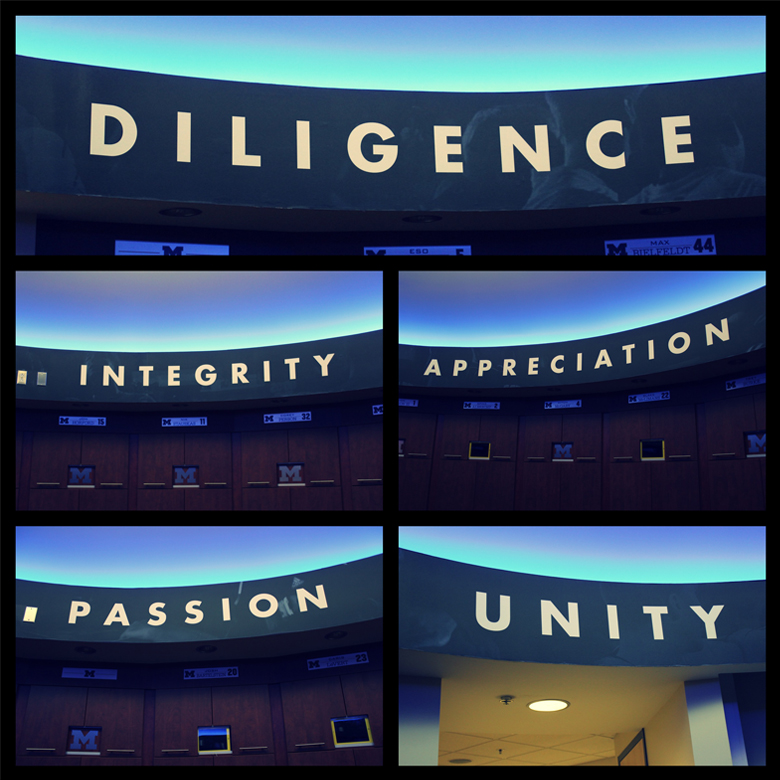 Michigan has been everything that is defined by the word, “impressive,” early on this season. 11-0. #2 in the country. We all know what’s going on. We see it. This team is loaded. Athleticism. Smarts. Shooting Ability. Depth. TALENT. You only have to watch one game and can quickly recognize the talent and skill these guys posses. And many may argue that this increase in talent is the biggest reason why this Michigan basketball team is off to its best start since the 1989 championship season. I’m not among them. It’s too surface area.

I strongly believe, above all other reasons, that Michigan basketball is where it is today because it’s a program now infused with great people. Yes, people! Ya know, the character stuff.

You ever read that book Good to Great. I have. If you haven’t, make sure you add that to your holiday wish list. It’s great stuff. After you read that, try to take a trip through the newly constructed William Davidson Player Development Center. There’s so much life in that building man. You walk in and you immediately feel something. Something good. Something great. It’s like the walls speak to you.

What are they saying?

Fun = Doing Something Well Together.
Team, Team, Team.
Work Hard. Play Smart. Stay Together. Be Tough. Finish Strong.
Our Will, Our Way.
Remember Those That Came Before You.
Diligence. Integrity. Appreciation. Passion. Unity. 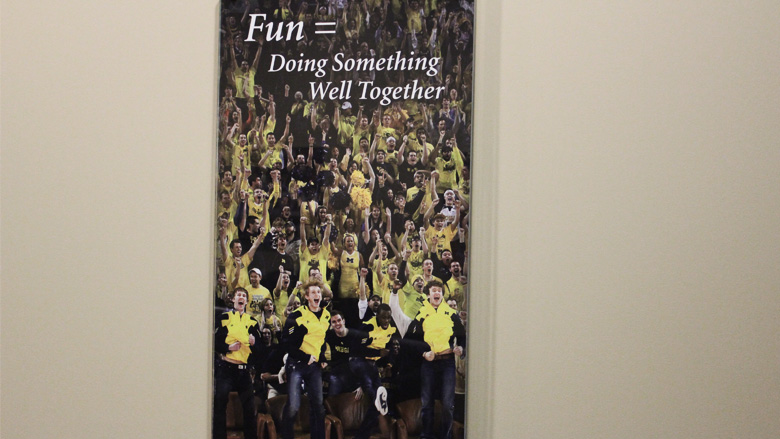 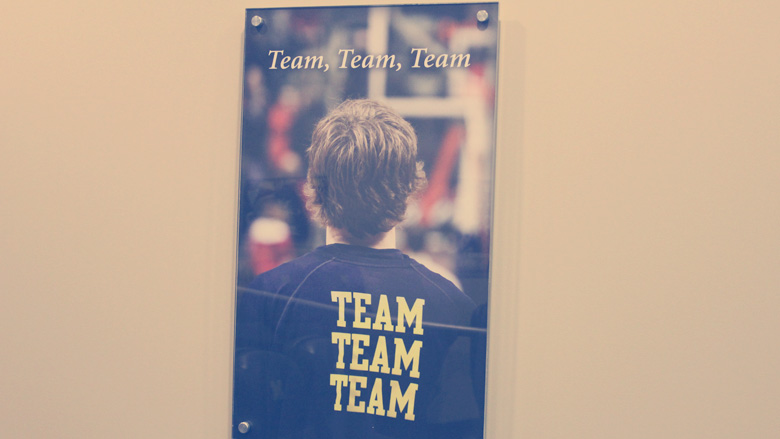 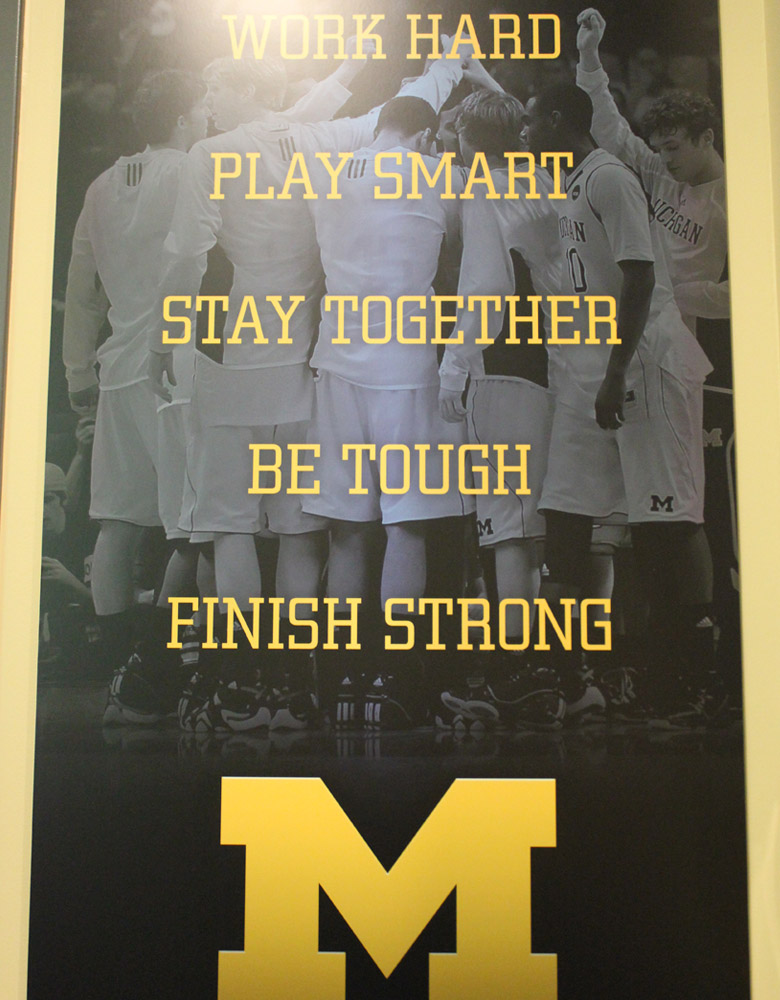 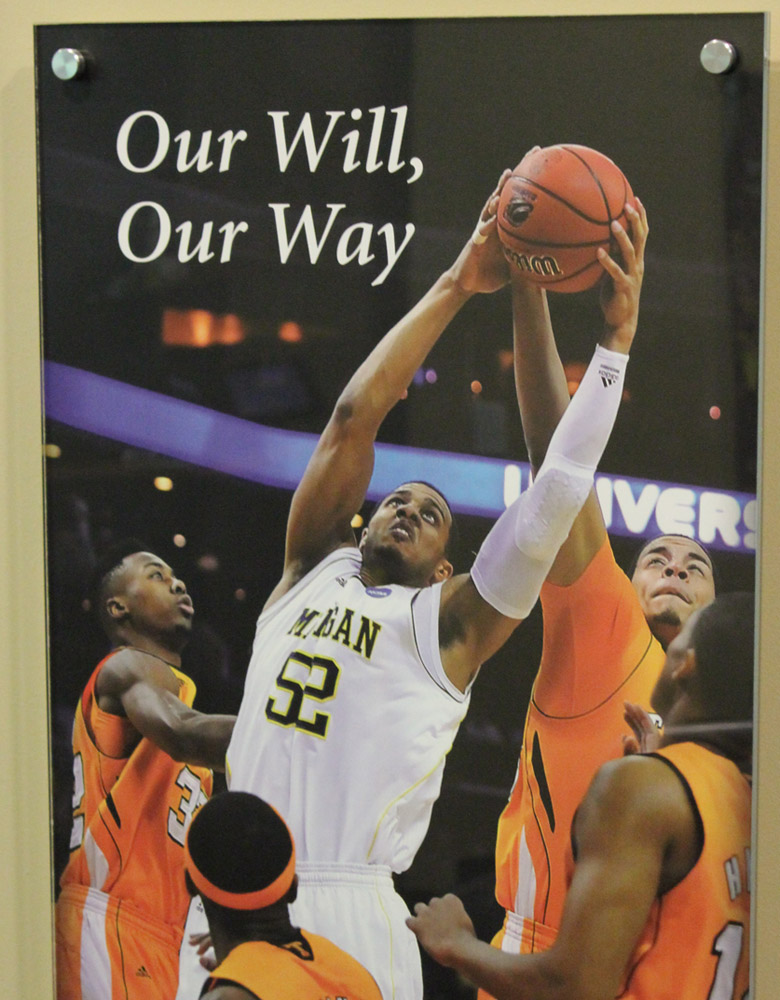 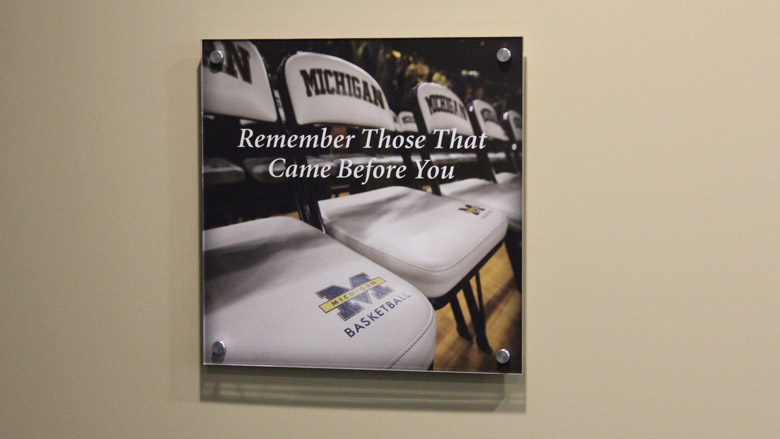 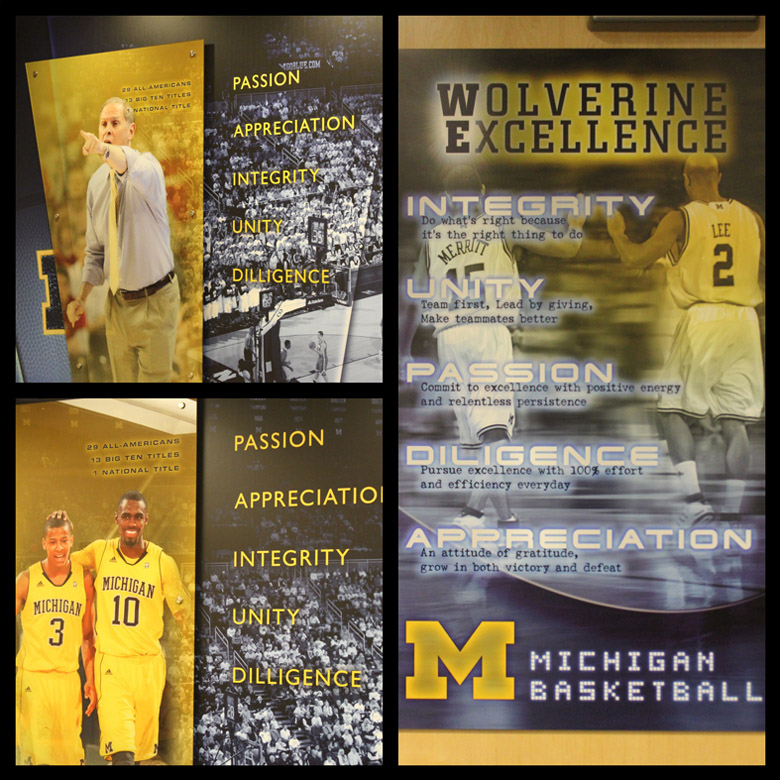 This stuff is everywhere man. It’s even IN the people that use the building…

You can accomplish anything in life, provided that you do not mind who gets the credit. – Harry S. Truman

Talking to Coach Beilein or any assistant coach, you quickly learn how much these “core values” mean to this program. They teach it, talk about it, and most importantly, do it. Even when it comes to recruiting:

“There’s a profile we’re trying to meet with regards to recruiting. It starts with our core values. Our five core values funnel our decisions in all that we do at Michigan.” – Bacari Alexander, Assistant Coach

And they’ve done an awesome job in that regard. Michigan now has a bunch of guys that can really play the game of basketball. I mean they know when to dribble, when to pass, when to shoot, when not to shoot… but what’s so glaring about this team, what I love to rave about, is that they all seem to see their individual success through the Team, Team, Team. Winning comes before it all. Even individual numbers. That’s not saying that these guys don’t have individual aspirations/goals. A lot of them can and will play in the NBA. But I truly believe, every single player on this roster wants to win more than anything else. There’s countless examples. Here’s three:

Mitch McGary – ranked the #2 prospect at one point in high school. Comes to Michigan and isn’t even starting. Doesn’t matter. He’s willing to do anything. Anything on the floor. Anything on the bench. Whatever gives his team an edge. If you don’t slap his hand when he comes out of the game, he’s going to have a problem. You don’t want problems with Mitch McGary.

Matt Vogrich – starts the first six games. Has played like ten minutes total since. Doesn’t matter. He knows the role he has to play now. He knows what this team needs. And he’s perfectly fine with it.

Jon Horford – word on the street was that he was the best big heading into the season. Gets hurt and drops all the way back to third string. At Bradley, fourth string. Doesn’t matter. He wants to win. Before he got hurt vs. West Virginia, go back and watch the three previous games. Watch the impact Jon Horford had on the floor while barely scoring. He just wants to be a part of something special. Whatever role that is. (He’ll bounce right back from this injury. I’m sure of it!)

There are going to be times when we can’t wait for somebody. Now, you’re either on the bus or off the bus. – Ken Kesey

I see this on the court. But more importantly, I’ve had the opportunity to spend time with this team away from the basketball stuff. Same story…

The talent and depth of this team may get the headlines. But this is my newspaper!!!

And I say the QUALITY OF PERSON from top to bottom in the Michigan Basketball program is the secret sauce. If you don’t believe me, if you get the chance, get in that PDC and see for yourself. Talk to John DoRosario, the Athletic Trainer. Talk to John Sanderson, the Head Strength and Conditioning Coach. Talk to CJ Lee, the Administrative Specialist. Talk to LaVall Jordan, one of the Assistant Coaches. Talk to them. Because it’s not just the players. You’ll get the same impression. From everyone.

They’ve got the “WHO” on the bus. The only question… “WHAT’S the final destination?”

Check out our latest venture, Merit! Merit creates fashionable products that help disadvantaged youth get to college by donating 20% of everything – not just our profits, but our entire revenue line – to fund college scholarships. Help us make Merit a reality by contributing to our crowdfunding campaign at http://Indiegogo.com/merit, where contributors can help us manufacture our debut launch collection and also raise money for undeserved youth to go to college. We only have 3 days left!