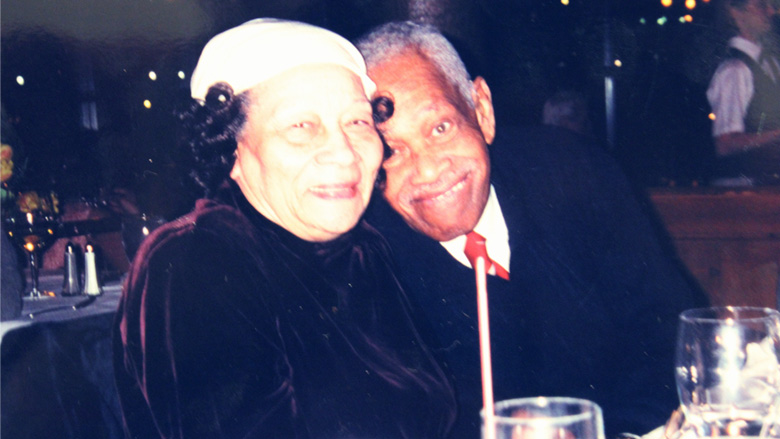 Melba Johnson was born Monday, June 29, 1925 to William and Sarah Thomas, in Washington, Georgia. She was the third of seven children.

In her young age, Melba’s parents allowed her to move from Washington, DC to be raised by her father’s sister, “Aunt Lill,” and Uncle Roy in Detroit, Michigan. She received her formal education from the Detroit Public Schools and attended business school. Melba enjoyed sewing as her hobby.

During her lifetime, Melba worked for the U.S. Government in Washington, DC, at Zinkie’s in downtown Detroit, and as a Teacher Aide for the Detroit Public Schools. Her passion for education was evident through her professional work, and her involvement in her children’s schools and PTA programs. She strongly encouraged her children to study diligently and do their homework so they could achieve all of their goals.

The Johnson family were members of the Greater Northwest Church of God In Christ under the leadership of the late Bishop G.D. Moore. There, Melba enjoyed working with the Sunshine Band alongside the late Mother Moore. Later, she became a member of Straight Gate Church on Joy Rd., and was marvelously filled with the Holy Spirit in the “Bishop’s chair.” Melba served faithfully in the Children’s nursery at its infancy, and in the Harvesters ministry.

Melba was affectionately known to her grandchildren and others as “Nana.” She had a gift of being an amazing storyteller. Her grandchildren and many others enjoyed listening to stories of her childhood, siblings, and visits to her adored “DC.” She loved dancing to music, “shaky-shaky-shaky!,” invented the color fuchsia, and possessed a vivacious zest for life.