On February 13th, 2011 at the 53rd Annual Grammy Awards, Eminem cleaned up yet again winning Best Rap Album for his release, “Recovery.” As he was leaving the stage, at the conclusion of his acceptance speech, Eminem called out, “What up, Detroit? Stand up!”

Just a week earlier, Eminem was featured in the Chrysler 200 ad that ran during the Super Bowl. In the commercial, shots of a run-down Detroit are juxtaposed with Eminem’s “Lose Yourself” and a voice-over that expresses what’s right about the Motor City. It’s a commercial that speaks to Detroit’s ability to overcome. Its grit. Our people’s toughness. Eminem and Chrysler were praised for the ad.

I sat on my couch perplexed.

Is this what we believe will bring us revitalization? Our revival will come from rappers winning awards on TV?

There’s a deeper issue here if we view these men as our representation of change. There’s a deeper issue that arises when we view their messages and platforms as our answer. Because our problems are real. And what you see, the music and the hype…what we view on TV and turn up on the radio will not help combat our real issues. They will only add to them. Unless we use these platforms for good. To uplift. To better. To speak life. We will see change when our community supports what should be supported, and ceases to support those things that pollute our ears, eyes, and environment.

33% graduation rate. 47% illiteracy rate. Top 3 in crime, every year. Broken households. Dangerous neighborhoods. Failing school system. The time for games is over. If you aren’t helping the real issues that are present, then you are hurting them. The time to keep to yourself is behind us. It’s time for all of us to dig in and get our hands dirty. We all can do it.

A 22 year-old product design student at the College of Creative Studies, who turned a humanitarian school project into The Empowerment Plan. The project’s assignment: Design to fill a need. So what did Veronika do?

“I figured that since most of my needs were being met that…being a part of Detroit, it was pretty easy to see areas in which things needed to change. And where we could come in, and there were needs not being met. And it was very obvious if you’re part of the City and if you walk around during the day in the City, you know that the homeless population here is a lot larger than anywhere else in the US.” 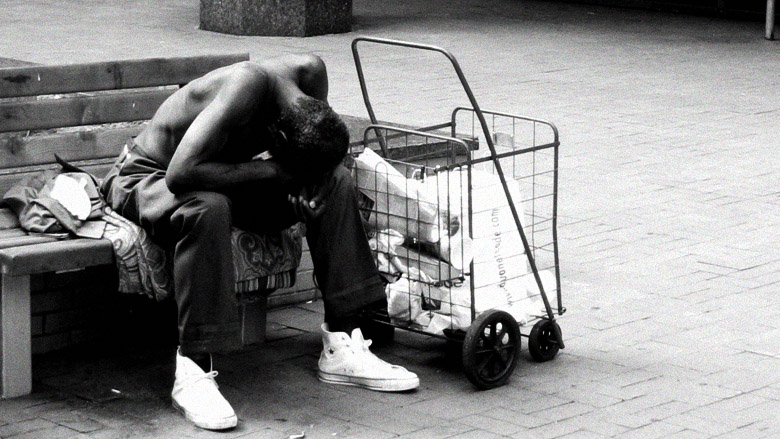 So she talked to shelters. She talked to the homeless. And learned what reality was for over 20,000 Detroiters. The percentage equals out to 1 in every 42 people in the City being homeless. “Homeless people become trapped in a vicious cycle. They lose their job, then their home, and end up on the streets from 6 months to 20 years.”

Veronika saw a need and wanted to design a product to help homelessness throughout the globe. So she got to work and started designing. Her mother then taught her how to sew and Veronika took those skills to bring to life prototype after prototype, the first of which took 80 hours of labor. 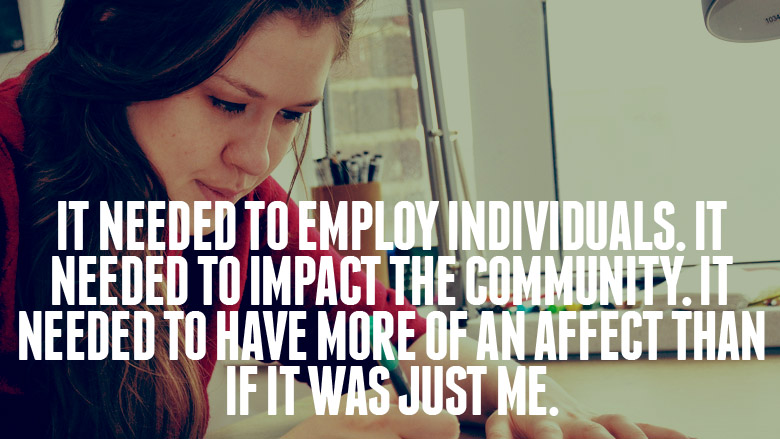 Enter the Empowerment Plan. A company that aims to break the cycle of homelessness through employment and the development of a coat called the Element S. The Element S is “a coat that is self-heated, waterproof, and transforms into a sleeping bag at night. The coat is made by a group of homeless women who have been paid to learn and produce the coats for those living on the streets. The focus is on the system – to create jobs for those that desire them and coats for those that need them at no cost. The importance is not with the product but with the people.” 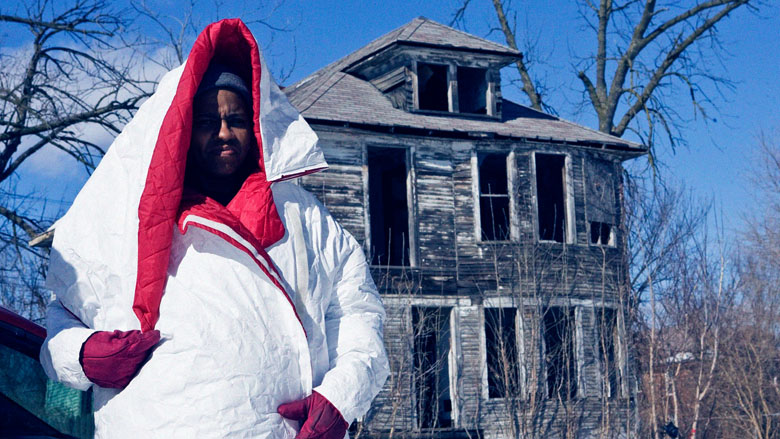 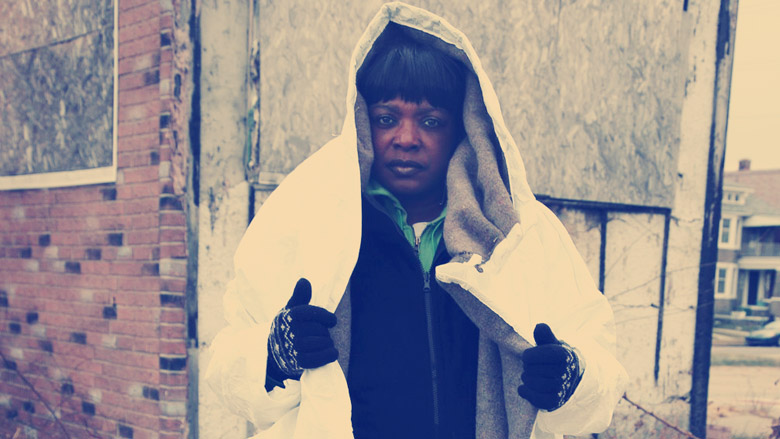 So what started as a school project has now turned into a mission. A cause. A plan to get homeless women off the streets and into employment. A vision to bring a skill set back to the City of Detroit.

“We are bringing back skilled training. We are going to hire quite a few women. Our goal is to actually hire 25 over the next few years. Other people will be able to manufacture their clothing goods with us. So not just the coat, but we can do high end fashion garments, and offer people that would go to China to get their things produced the opportunity to produce them here instead.” 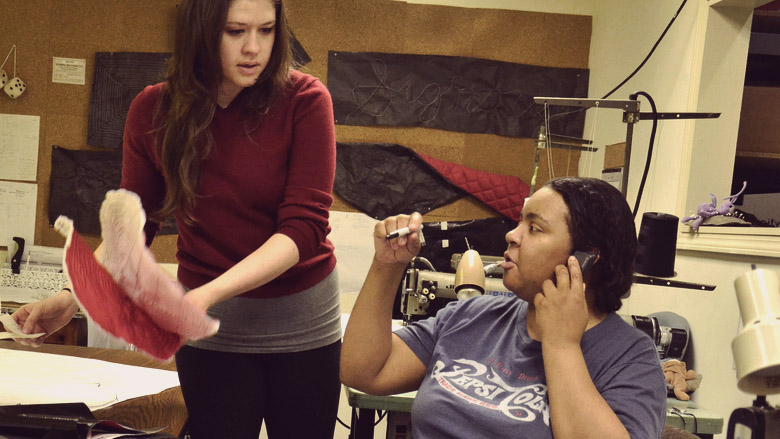 Originally, Veronika went to CCS for industrial design so that she wouldn’t become a starving artist. But the money isn’t the least bit important anymore.

“Usually when you give a coat away you may never see it again or may never see that person again. I think the biggest impact for me and what makes this worth doing is the employment part. Even if the coat becomes something else, if it becomes underwear, if it becomes socks, we are still training and employing and that’s the biggest part. That’s what makes this project for me worth spending years working on.”

Veronika deserves a mic. I’m standing up. Stand with me. 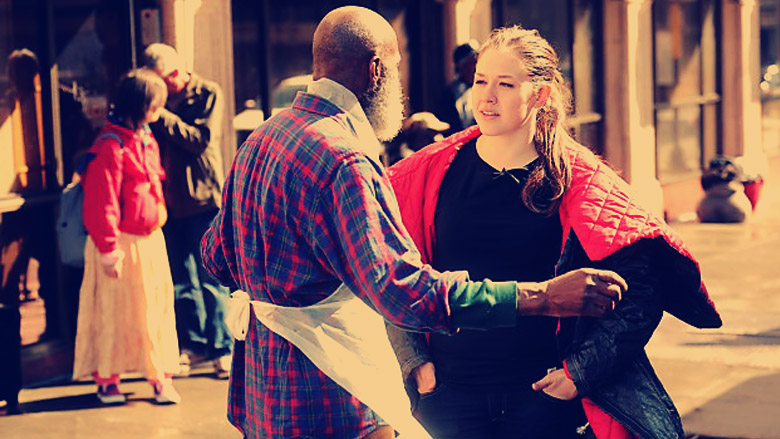 Learn more about the Empowerment Plan, Veronika Scott, and how you can help at: EmpowermentPlan.org

The floor is open for discussion! We would love to hear your thoughts on the article, the Empowerment Plan, and Detroit’s revitalization in general. Please leave a comment, and if you can, participate in our Twitter Chat today at 1 PM EST, as we expound on this article and discuss the topic – (Actually) Uplift Detroit. Details are here.