The Pursuit Pt. 4 – The Empire of Self Reigns with Faith and Work 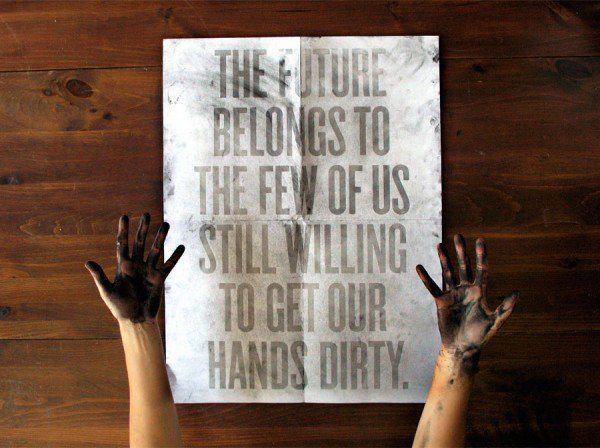 “The Pursuit” will be a bi-weekly feature on Goodness Determined, written by my brother, Hayes Grooms IV. He’s extremely intelligent and talented, so make sure to check back often for more. You can also follow Hayes on Twitter – @H_Grooms

Failure. No one likes to fail, yet everyone has. Of course, it’s not something that we shout or boast about because it doesn’t feel good—in fact, it feels terrible. Yet, as much as we prefer not to own up to it, everybody has failed. Whether it’s an executive telling you that you are not qualified enough, and that you should go back to school. Perhaps the business banking team thinking your business plan is not efficient and not achievable, or, the head coach sitting you down in his office, and mentioning that you cannot be on his team because you lack the talent. The experience is universal. We’ve all heard: You’re too young. You don’t have a clue. You don’t know what you’re doing. Do you have any idea of what you’re getting yourself into? Yes, everyday folks, fail every day. Seldom do we ever embrace the failures. It is the lessons learned in these failures that are the crown jewels. Look at how these people bounced back from failure:

The Vice President of Columbia told this actor that he was never going to make it in the business. The actor?
- Harrison Ford

His first book was rejected by 12 publishing houses and sixteen agents.
- John Grisham

Turned down by a recording company saying, “We don’t like their sound and guitar music is on the way out.”
They were talking about – The Beatles

Told by his father that he would amount to nothing and would be a disgrace to himself and his family.
- Charles Darwin

Told by a music teacher “as a composer he is hopeless.”
- Beethoven

Told that “he couldn’t sing at all.”
- Enrico Caruso

Fired from a newspaper because he “lacked imagination and had no original ideas.”
- Walt Disney

Told by Publishers that “anthologies didn’t sell” and the book was “too positive.” Rejected a total of 140 times. The book?
Chicken Soup for the Soul. It now has 65 different titles and has sold over 80 million copies all over the world.

Told by a teacher he was “too stupid to learn anything.”
- Thomas Edison

Wasn’t able to speak until he was almost 4 years old and his teachers said he would “never amount to much.”
- Albert Einstein

Did poorly in school and failed at running the family farm.
- Isaac Newton

Was not allowed to wait on customers in the store he worked in because “he didn’t have enough sense.”
- F. W. Woolworth

Was cut from the high school basketball team, went home, locked himself in his room and cried.
- Michael Jordan

Producer told her she was “unattractive” and could not act.
- Marilyn Monroe

This book was rejected 18 times before it was published. Then, it sold over one million copies the first year.
The book was Jonathan Livingston Seagull by Richard Bach

Auditioned for All My Children and got rejected.
- Julia Roberts

Received 30 rejections and the author threw it in the trash. Luckily his wife fished it out again and encouraged him to resubmit it.
The book was Carrie – the author Stephen King

What all these individuals have in common is the Rule of Delivery. They are no different than any of us. They are human with the same insecurities, doubts, fears, hesitations, and all the traits of weakness, but they sublimated a setback into strength. In spite of profound or incredible talent, they took whatever they did possess, and delivered through a tremendous work ethic to achieve their highest dreams. They didn’t give up. They didn’t crouch in a corner. They shaped the debilitating experience of failure into the pages of history with the respect of others and the honor of self. Will Smith once said, “Talent you have naturally. Skill is only developed with hours, and hours, and hours of beating on your craft.”

Since we all share this human story, draw from others in your pod, in your life, who serve as the prime example of what it truly means to deliver. I don’t know too many people who work harder on their craft than David Merritt. The guy is completely relentless in his personal pursuit. He was a very accomplished basketball player out of high school, however, they said he was too small and wasn’t good enough to play Division 1 basketball. Big mistake.

Upon arriving at the University of Michigan, he knew that some day he would wear the Maize and Blue jersey. He tried out for the Michigan basketball team twice, and failed. Subsequently, he worked even harder. I even said, and I wasn’t the only one: What are you doing? Focus on your schoolwork and future. Why are you working so hard? Yet, I still remember David in the gym, past midnight, shooting shots. I recall his daily commutes, back and forth, from Ann Arbor to Detroit to work out with a personal trainer. He worked on his game with the utmost dedication, focus, and drive, without even being on the team! He improved his skills, developed his strength, drew from his faith, and sharpened his agility, so that he would compensate for not being the ideal size of most college guards. When he tried out again the following year, for the third time, it was undeniable, and the coaches couldn’t pass on him. He made the team. And a year later, not only was he now on the roster, but he wore the Maize and Blue as the captain and leader of the team that went on to NCAA Tournament for the first time in 11 years.

Find people like all of the greats listed above. Seek out these incredible individuals, close to home, who can become real-life, tangible guides of inspiration. David represents this to the fullest. He inspires me still, and all those around him. He applies the Rule of Delivery better than anyone else, and it’s just a matter of time before his grandest entrepreneurial dreams take flight and soar.

So gather your closest friends, talk about your setbacks, learn from one another, and, most importantly learn from yourself. Then go back and put your best foot forward. Lay the first brick. If you stumble, that’s ok. Rise up, and lay another brick. Keep going. Because greatness awaits those who deliver. Now, get to work.